In September 1978, the Post Office Regional Engineer wrote to the Manager of Auckland Radio (Dennis Horan) advising that there would be no temporary replacement for the 2045kHz Collier & Beale 873 transmitter which had been reported as close to failure on 5 July. 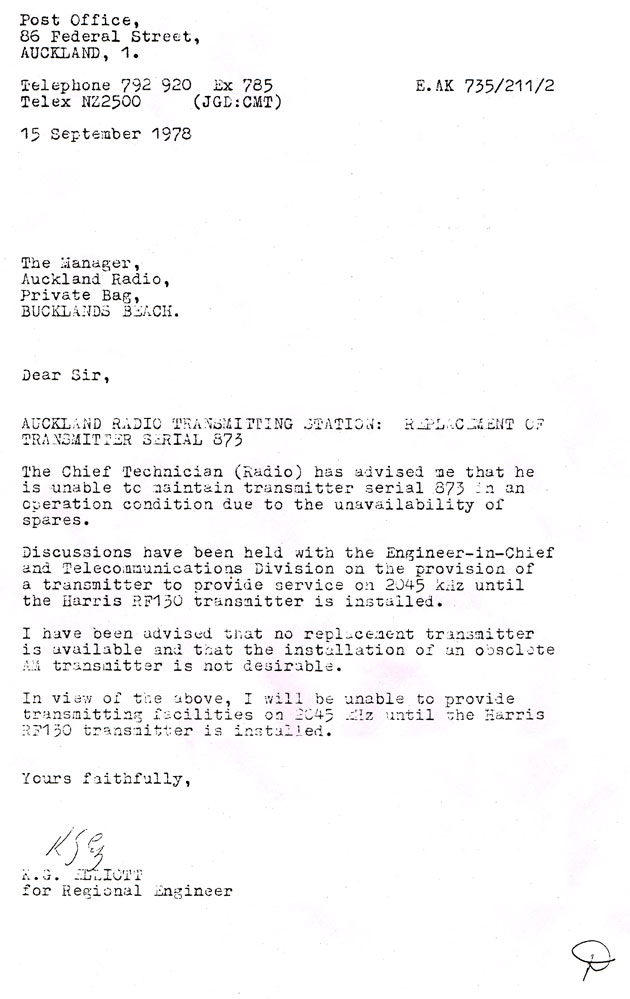 Three days later, the Post Office Regional Engineer offered the transmitter to the Museum of Transport & Technology in Auckland: 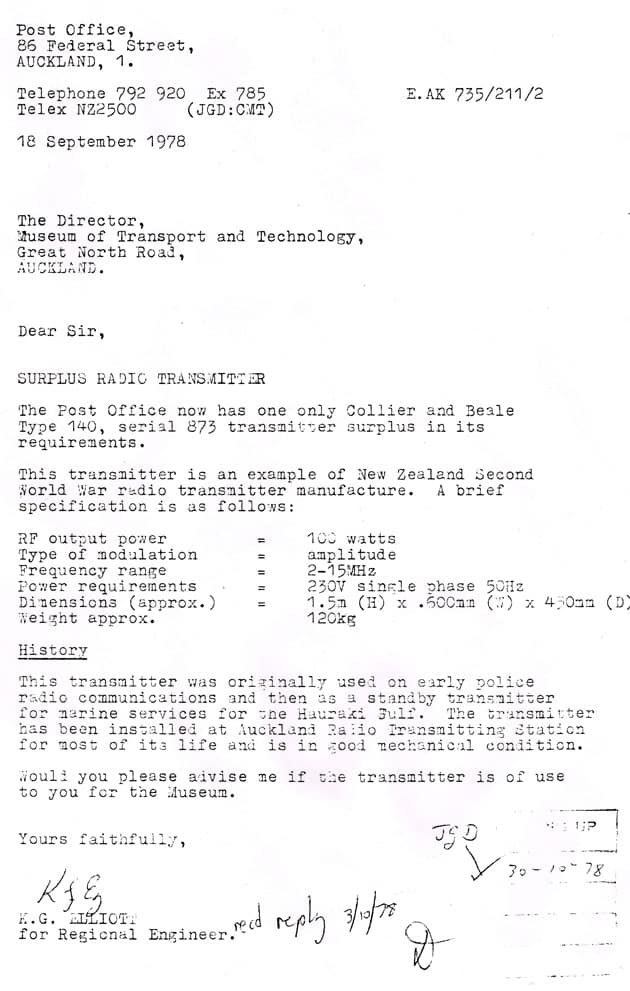 The Chief Technician (Radio) and the Auckland Radio Manager promptly objected to this, asking that the transmitter be retained at Auckland Radio.