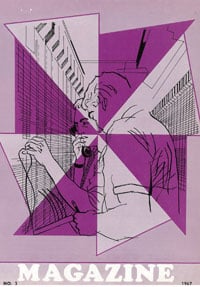 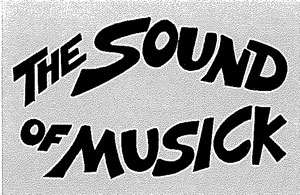 In radio communication almost every development in New Zealand is at some stage a Post Office concern. One important aspect of this varied work is to operate three coast stations—Auckland Radio, Wellington Radio and Awarua Radio. Broadly speaking, these establishments conduct and control marine radio communications in their respective areas.

Each station also has specialised functions. Wellington Radio is the contact point for ships’ radio-telegraph and radiotelephone services provided through the transmitting and receiving stations at Himatangi and Makara. Awarua is the main receiving station serving long distance shipping in our part of the world.

ZLD – Auckland Radio – occupies a splendid headland dominating the outer reaches of Auckland harbour. Centuries ago the outstanding features of the area were recognised when Maori tribes made it an important pa which acquired a measure of tapu. The choice of the site for a Post Office radio station also had an element of glamour.

In the early 1930s the aeroplane began to revolutionise New Zealand’s overseas communications. While the “all-red” route to London was being tested by Imperial Airways, Pan American Airways were probing the Pacific. In March 1937 the “Samoan Clipper”, commanded by the distinguished veteran pilot Captain Edwin C Musick, made a proving flight from San Francisco to Auckland. As the Clipper’s enthusiastic welcome at Mechanics Bay testified, the event was a moment of destiny for New Zealand’s association with the outside world.

The arrival of the Clipper captured the imagination of New Zealanders. When Captain Musick was lost on a third proving flight to the South Pacific early in 1938 the Government and people wished to re-member the man and the work he symbolised by some permanent tribute. Because air and radio services are so closely interdependent, an Auckland Radio Centre seemed a fitting memorial. The dignified building at Musick Point, in a park-like setting of 134 acres is the happy outcome of that decision.

Initially the Post Office controlled both air and ship-shore radio communication at Auckland Radio. Traffic expanded rapidly and radiotelephone soon began to displace radiotelegraph morse. Fresh needs developed. Moreover, land planes within a short distance of aerodrome control towers already came under their supervision. Unified control of all air movements seemed rational. The Department of Civil Aviation took over the air-ground responsibilities of the Post Office and an arrangement was made for shared use of Musick Point.

Before these changes were finalised Auckland Radio had been operating on a war footing. The memorial building was opened in 1942 and at once sandbagged. A military camp was located just down the road from the station, the gates were guarded, and staff had to give a password to obtain entry.

Transmission conditions were difficult, for most messages were coded and ships kept radio silence except in emergency. Through traffic to Wellington was passed on by land line for added security. On at least one occasion Japanese, masquerading as British radio operators, made contact, but Auckland Radio was equal to the deception and no information was divulged. Despite wartime problems the Post Office team at Musick Point maintained an excellent spirit.

Without air-ground responsibilities recent Post Office duties at Musick Point have had two main divisions. Maritime mobile radiotelegraph service operates on 500 kcs and 487.5 kcs. Under regulations made by the International Telecommunications Union the first of these frequencies is used internationally for calling and distress. The second is a frequency for ordinary working. Transmission is by morse at normal speed of about 20 words a minute. Traffic comes from passenger liners and freighters, mainly relating to berthing, pilotage and similar requirements.

Radiotelephone work is now more complex. By ITU regulation the maritime mobile radiotelephone band is between 1605 kcs and 2850 kcs. Within this range the New Zealand Post Office has a limited discretion to restrict certain frequencies for various local uses. The international calling and distress frequency – 2182 kcs – is by far the most important. As with radiotelegraph, here is a 24-hour watch. Special silence periods are set aside for emergency calls, which have priority at other times as well. 2182 kcs (like 500 kcs on radiotelegraph) is also used to establish contact as a preliminary to passing traffic on a working frequency. Some 1500 radio-telephone equipped ships in the Auckland region involve growing responsibilities for Auckland Radio.

By morse or radiotelephone, a call for help may be intercepted at any hour of day or night. New Zealand follows international procedures through the range of impending danger to serious emergency and the very grave circumstances of a “Mayday” call. In the words of one expert, “Maydays call for an all-out, nothing-spared effort to snatch you from the very jaws of death”. Like a fire service or any rescue organisation, Auckland Radio is always waiting to assist.

Action for emergency or distress is prescribed both by the ITU radio code and by local Post Office arrangements. In principle, a call is accompanied by a message stating the position of the stricken vessel, the nature of the mishap, and the assistance required. Sometimes several ships and more than one coast station will receive the signal. One must take responsibility for control of the emergency and in Auckland waters Auckland Radio will generally do so.

Under international rules the control station relays the call and message on various frequencies, imposes silence on other traffic, and mobilises rescue operations. Sometimes there are difficult dilemmas. The gravity of the emergency may not be stated. Information may be incomplete – in some cases the ship’s position is not given. Other ships or shore stations may break in on transmissions with interference to vital information. A nearby vessel may seem better placed than Auckland Radio to act as a control station. Problems like these – to be weighed up instantly at a time of extreme tension – place a heavy responsibility on Post Office operators.

Emergencies, fortunately, are comparatively rare. The normal daily business of Superintendent Pat Columb’s team consists of the watch, certain regular schedules, and traffic working. Auckland Radio announces navigation warnings and weather reports for the Meteorological Service. Weather reports are received and passed on from lighthouses and adjacent islands like Little Barrier. In the summer months, when small craft swarm out into the Hauraki Gulf, traffic is constant and diverse. A backlog of messages frequently piles up for disposal on various frequencies.

In the 30 years since Capt Musick’s pioneer flight Auckland Radio has seen many changes. Civil Aviation’s air communication work at Musick Point is now limited and is expected to be shifted entirely to Mangere. The direction finding masts which were once a feature of the station have been dismantled. Open land covering part of the 3-mile distance between the receiving station and transmitters is leased to the Howick Golf Club. With continuing growth in eastern Auckland interference from urban noise is mounting – some day Auckland Radio may have to be shifted. Several question marks hang over the station and its splendid memorial building.

There is no doubt, however, that the services of Auckland Radio are highly valued. At Christmas the staff are generously remembered by those who go to sea.

In the broad waters of Waitemata Harbour, out in the Hauraki Gulf, and around the coasts of Northern New Zealand, many yachting and launch enthusiasts – and sometimes those aboard larger vessels – have known uneasy moments. A visiting American recently thanked Auckland Radio in words which all of them would echo: “It’s nice to know that someone is out there listening when you are on some of the lonely stretches of the sea.”