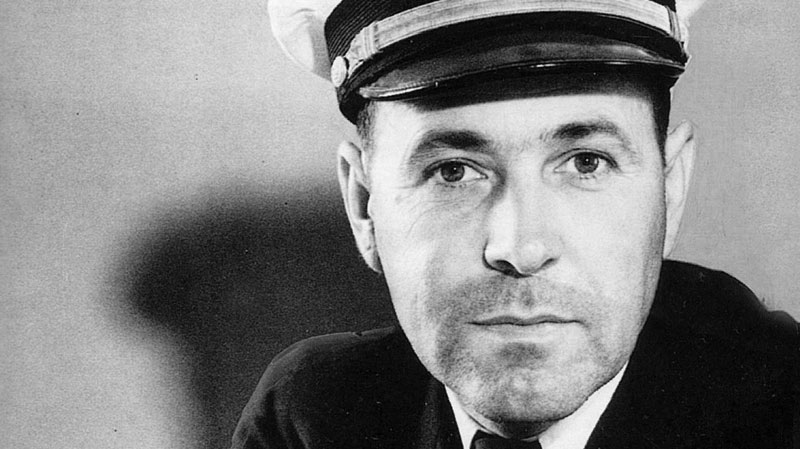 It was on 30 March 1937 that a four-engine Sikorsky S-42B flying boat operated by Pan American Airways touched down in Auckland’s Waitemata Harbour, completing a survey flight of more than 7000 miles.

The arrival of the Pan American Clipper (later to be renamed Samoan Clipper) was the forerunner of regular air service linking New Zealand to North America.

Thousands of New Zealanders, crowding the edge of the harbour, cheered lustily as the flying boat taxied to the landing stage in Mechanics Bay.

Led by Captain Edwin Charles Musick, one of the greatest of aviation pioneers, the crew filed up the gangway to be greeted by a crowd of notables including the Minister of Justice, Mr HGR Mason; the Auckland Harbour Board Chairman, Mr CG Macindoe; and the Mayor of Auckland, Mr Ernest Davies.

A second survey flight, also known as the first timetable flight, arrived at Auckland on Boxing Day of the same year. On this occasion, Captain Musick and crew were officially welcomed by Prime Minister Michael Joseph Savage.

The first airmail from New Zealand to America was carried on the return flight, which left three days later.

Edwin Musick was born in 1894 and raised in St Louis, Missouri. At the age of 9, he moved to Los Angeles, California.

He was always obsessed with aircraft. At 19, before he finished school, he enrolled in a commercial flying course. This led to his becoming an aviation instructor and a pilot.

In 1927 he initiated the first commercial flight from America to Havana with four tons of mail. This trip was made in a Fokker Tri-motor aircraft and was one of his first expeditions into setting new records.

He entered the First World War and held the rank of 2nd Lieut. in the Marine Corps.

After the war he worked as a pilot for many companies until his appointment as test pilot for Juan Trippe who owned Pan American Airways in the Caribbean.

Captain Musick set many records during his flying career.

On 22 November 1935 the flying boat China Clipper under Captain Musick’s command landed in Manila, having flown from San Francisco. This link established the airline in developing a similar connection with Australasia.

Imperial Airways had already connected Australia by air with Britain, leaving Auckland as a Pan American airway destination, a four-day trip from California.

Edwin Musick was one of the first pilots to log 10,000 hours of flying and, during a career extending over a quarter of a century, he piloted aircraft over one million miles.

He was awarded the Harmon Trophy as Aviator of the Year for 1935. (Aviatrix of the Year joint winners were Amelia Earhart and New Zealand’s Jean Batten.)

Edwin Musick was jokingly called “Cautious Ed” by his co-workers at Aeromarine because of his devotion to air safety.

As Harry Bruno says in his book Wings over America, Musick sadly became a martyr to air safety.

He and his crew were lost on a flight to Auckland, shortly after becoming airborne from Pago Pago on 11 January 1938, when their flying boat is believed to have exploded in mid-air.

Yes, this site is safe

Is your web browser showing you a scary message suggesting our site is "unsafe"? Do not be alarmed. This site does not process transactions, or require personal information such as passwords. It is continuously monitored by automatic security software.

Bottom line: there is NO reason to fear browsing this website. Enjoy your visit!