On 19 May 1943, two representatives of the RNZAF reportedly damaged the medium wave direction finding system at Musick Point, as noted in the letter below.

The signature on the letter has not yet been identified. The manager of the station at the time was George Scull.

An interesting aside: the return address on the letter is “Musick Point Radio” which seems quite unusual, as the station was officially referred to as Auckland Radio. 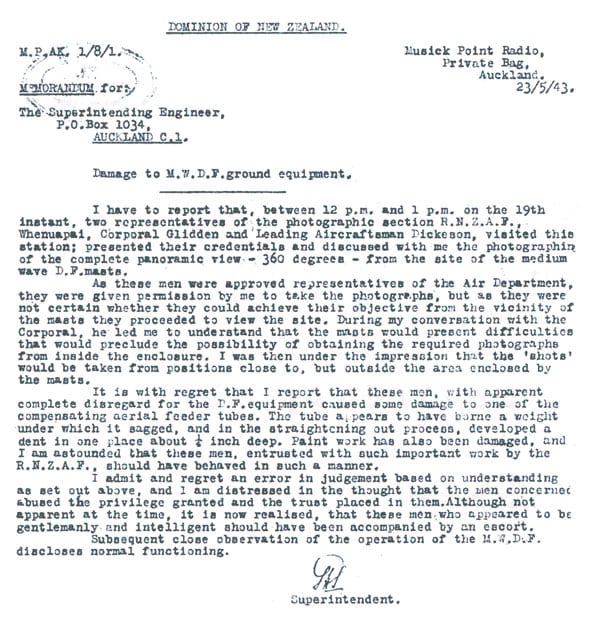